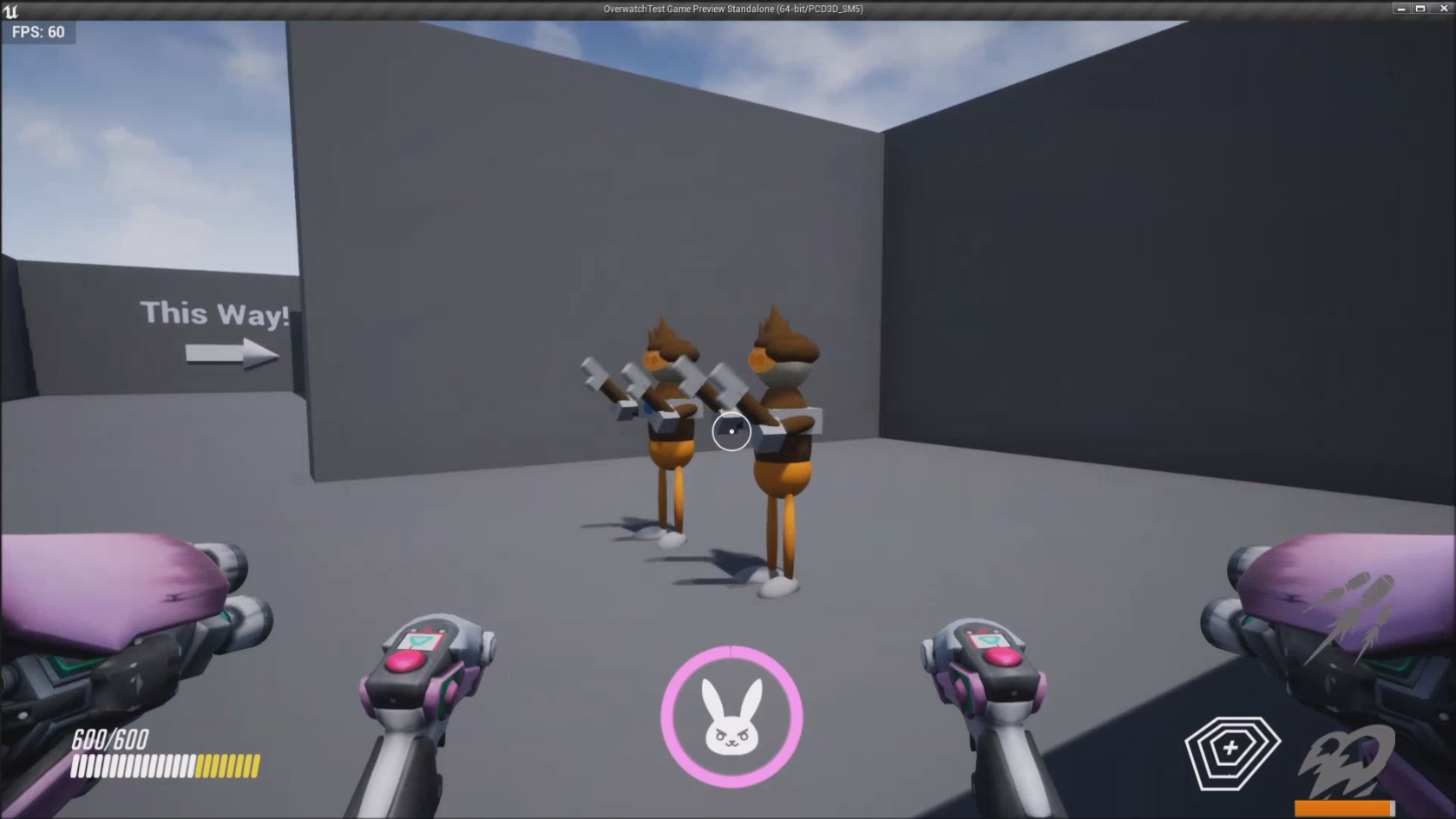 When I started playing Overwatch in 2016, I immediately loved the character ‘D.Va’ and her abilities in the game. D.Va is a Korean gamer girl who pilots a robot mech in battle. She’s essentially two characters: the pilot and the mech itself. D.Va is able to call down the mech and climb in, giving her access to the various weapons it has on board. Without the mech, she only has a pistol, but after calling it down, she can fly, stop projectiles, and even set the mech to self destruct (after jumping out). Once the mech gets destroyed, she is automatically ejected out of the mech.

Several people on Reddit recreated other heroes (characters) from Overwatch in Unreal Engine 4, so I figured it was my chance to test myself and see what I could do. After about 5 days of work, I posted it on the Overwatch subreddit, and within 8 hours it received over 14.2k “upvotes” and was watched over 664k times. It was #1 on the Overwatch subreddit during those 8 hours and top 25 on reddit’s front page.

Aside from the mech model and her pistol with a pistol shoot animation, everything else was made by myself.

Since I had used Garry’s Mod for so long, it was infeasible to create a character like this in Source Engine (the garry’s mod engine). When I started Unreal and learned that something like this was even possible, it was definitely on my to-do list. By the time I began creating it I already had enough knowledge in Blueprints (Unreal’s native visual scripting language), handling animation in Unreal, and other skills required to do this.

In Unreal, animators can make something called a “sequence”, which is a playable cinematic while you’re in game (not a pre-rendered movie). By default, animators have to make a separate camera and switch the player’s camera to view it. I created a system that allows me to create a sequence with a custom ‘cinematic’ actor and play it back anywhere on the map on the actual player character, any time. This was the perfect method to create D.Va’s ‘Call Mech’ ability.

This is what the camera looks like playing back the call mech from an outside perspective:

This is what the first person view looks like with the mech model and beam effects:

This was a great learning experience, and I plan on creating more characters like the ones in Overwatch, but my own original designs.