Unlike several other projects I’ve done for Garry’s Mod, Survival Games and Base Invasion are entire gamemodes, not just single weapons or entities.This gamemode is essentially Hunger Games but in Garry’s Mod.

In this gamemode, one large central hub server allows players to train in a ‘practice range’-esque setting and queue up to one of the many servers.

Once in the game, they are placed at a pedestal at the cornucopia, and like in the movie, wait for a countdown. Players scavenge for supplies in backpacks scattered around the map, and dead players become spectators to sponsor alive ones to grant supplies. This gamemode focuses heavily on immersion and uses a very simplistic HUD in it to keep the player in the game and not disconnected.

Please Note: Many elements of the gamemode are prototypes and not finished, which is why some are cruder.

Players can hide in bushes with lowered fists 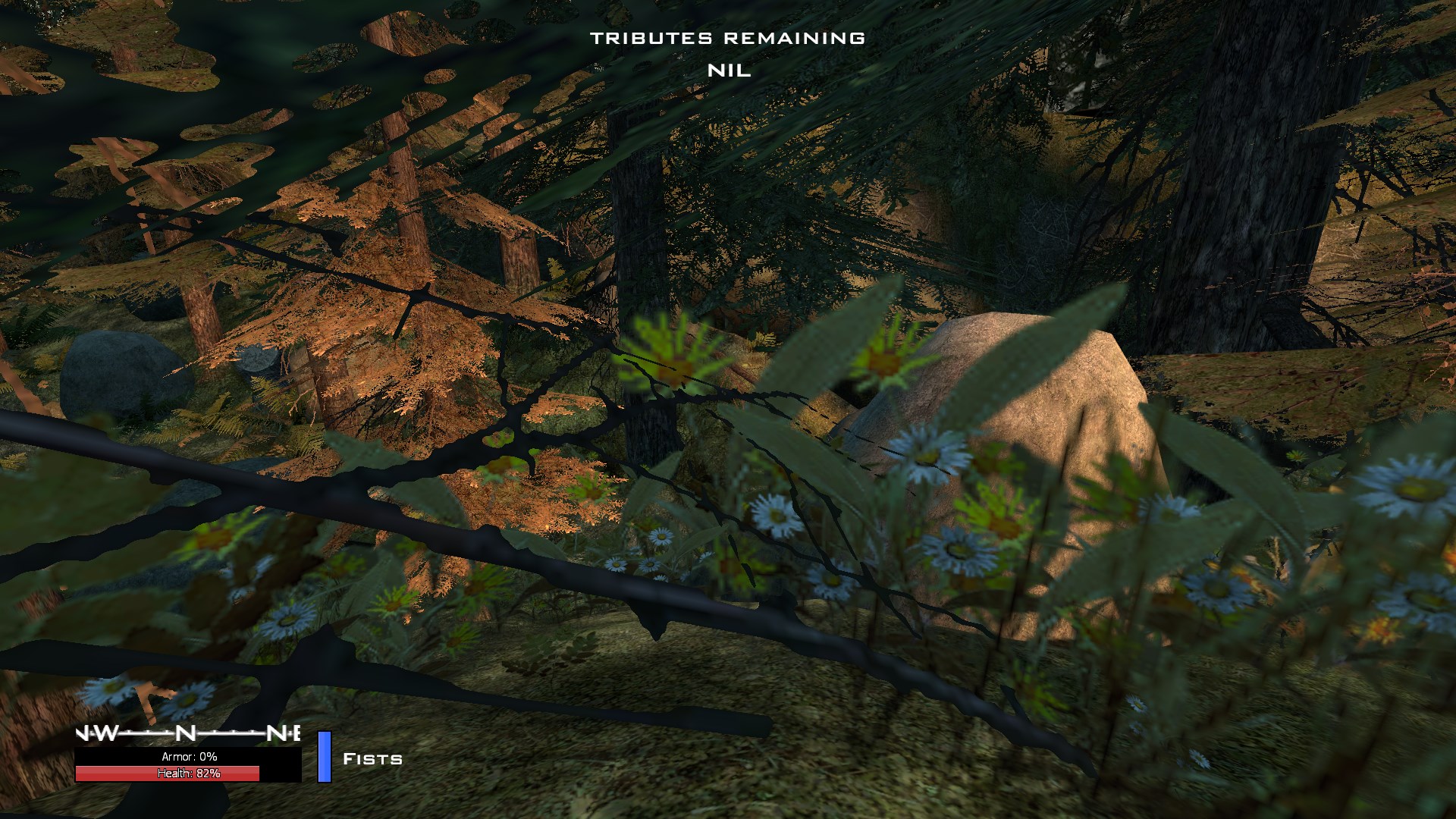 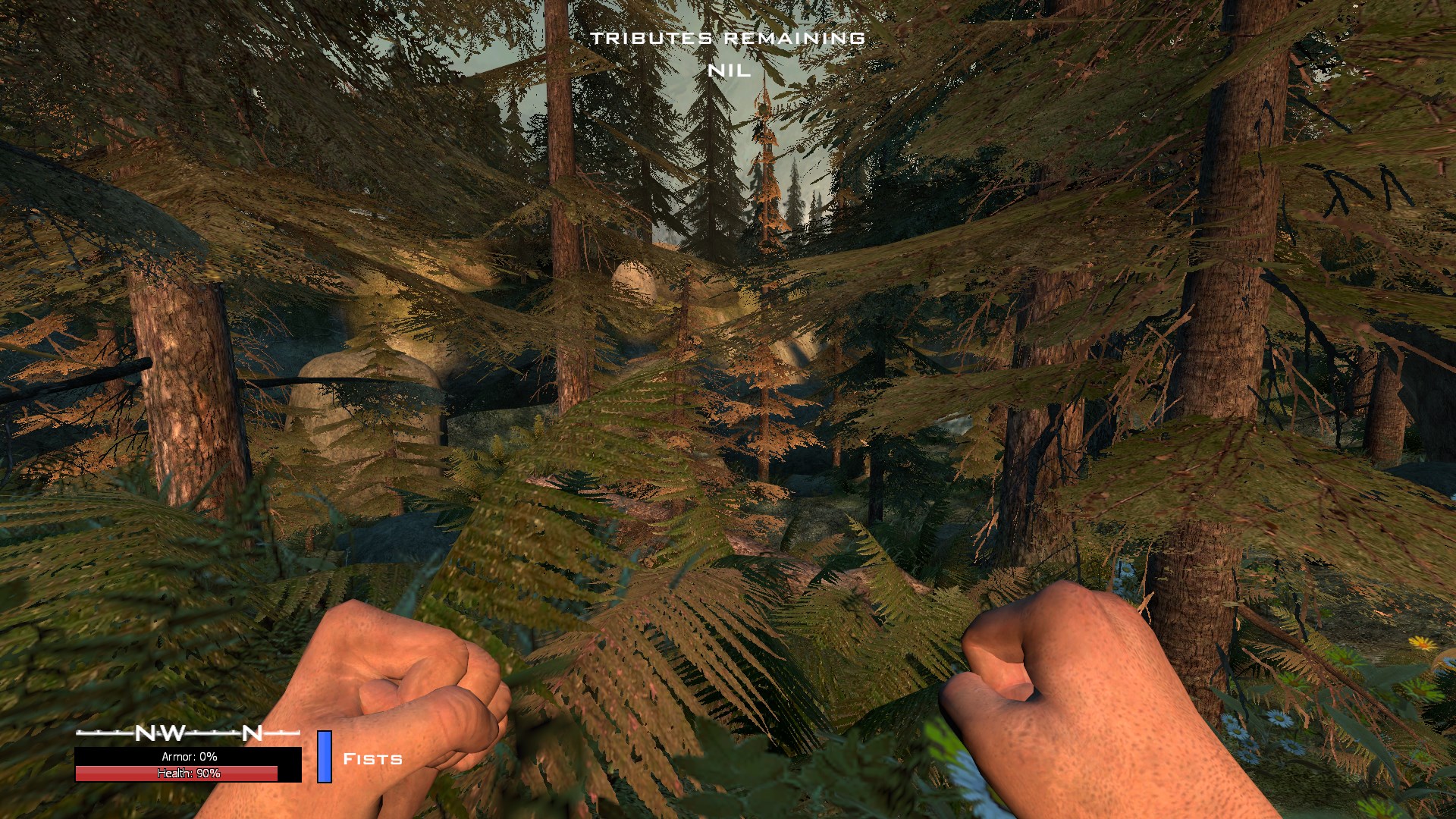 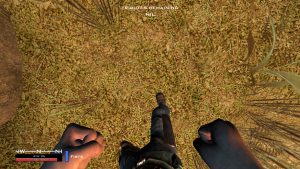 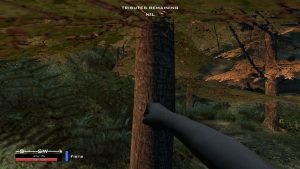 This is a demonstration of what happens when a player dies, viewarm animation ported from CoD.

The server browser is also extensive with many customization features as well as a server hub: 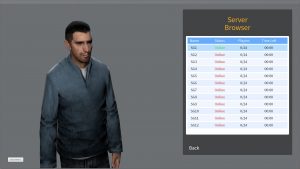 An in-game skill tree is also available that gives the player skill points for completing arena challenges like fishing and other tasks.