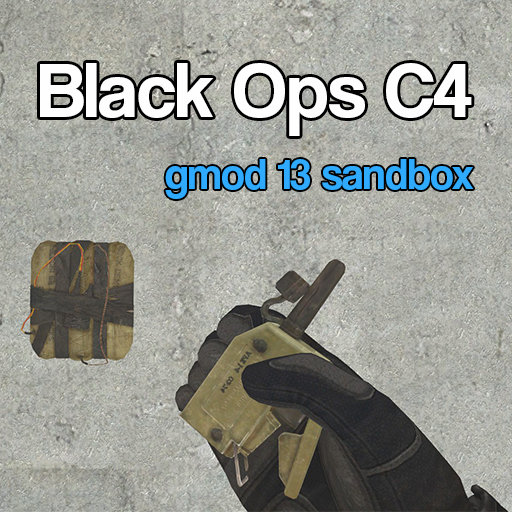 This is a weapon with model and anim port of the Black Ops 1 C4 using the seal-6 arms from Black Ops 2. It was reprogrammed in Lua for Garry’s Mod. This is one of my several addons used by YouTubers such as VanossGaming in his Garry’s Mod videos. It currently sits on the front page of the “Top Rated All Time” addons for Garry’s Mod on Steam.

Currently downloaded by over 1.5 million unique players, this addon is actively being used on a countless amount of game servers as well as in single player.

This project went through many stages. Since several mechanics haven’t been done in Garry’s Mod before, a lot of troubleshooting was involved. The C4 entity is thrown by the player and must react to the world when it hits it, and must react depending on what type of surface it hits. It must parent to entities properly, get world angles when it lands on brushes, etc. This was a real challenge but overcome. The mass amount of positive feedback, as well as some bug reports and suggestions allowed the addon to flourish to what it is today.