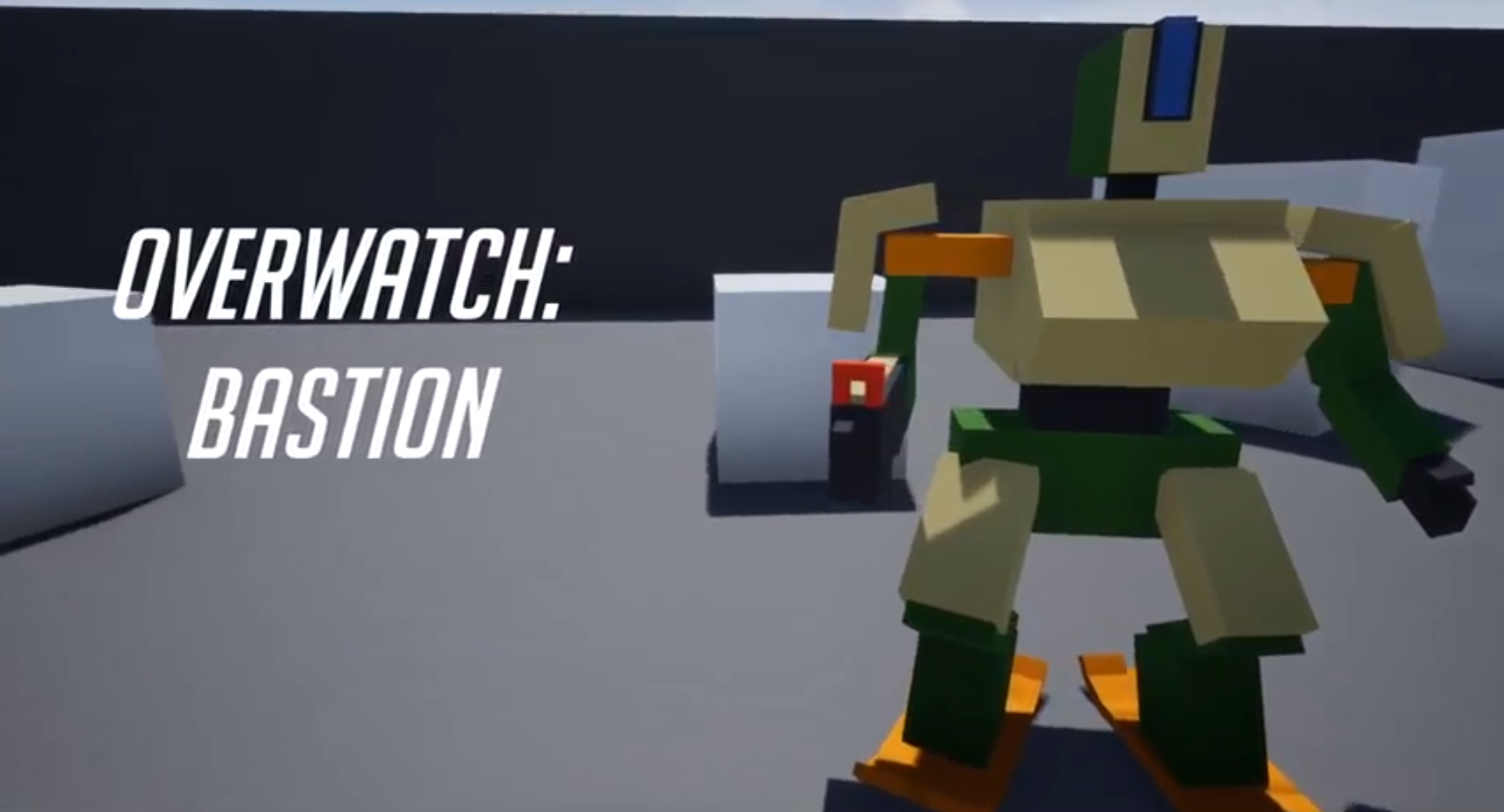 After the great response from my first recreation of the character “D.Va” from Overwatch, I was motivated to create a second character from the game, Bastion. Although his abilities are way more straight forward than D.Va’s, this project was primarily focusing on the animation part of it rather than abilities. As a friend described him, “He really just has a few different ways to shoot people”, rather than D.Va’s projectile destroyer, self destruct, rocket boosters, etc. With this project, I used a ported model of Bastion from Source Filmmaker. It was a lot of fun to recreate this character but challenging with animation because of the amount of moving parts.